I'm not sure if anyone is watching this at all, but in case you are, I have a few updates in the works. Until then, check out the studio blog. There's been a lot happening there and plenty of updates to be read (and posted yet). Our Studio Warming party was a blast, and had a great attendance from the community. Thanks to everyone who came out. I finally got my painting stuff unpacked at the studio, so you should have some more posts soon.
Posted by matt at 2:40 PM No comments:

Here's another from the series of paintings of Mary. It's not quite done yet; there's work to be done on the figure. Maybe I'll post a picture when it's done, but just in case, here it is. 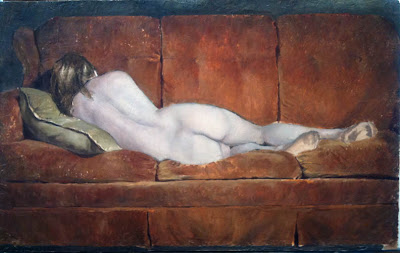 Tim is one of the most intriguing people I know. I've learned a lot from him about life and music, and how the two combine. I painted him once before, and wasn't happy with the results, so I decided to paint him again.

I really feel I turned a corner on this one. I'd been reading and analyzing artwork rabidly before starting, and I think this time something finally stuck. 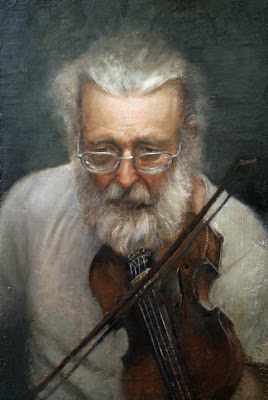 This painting was recently accepted into the 23rd Annual Northern National Art Competition.
Posted by matt at 3:54 PM 1 comment:

while I'm at it

Here's another painting. This one is of Jenn standing out back behind the studio. Probably grilling some burgers or watering our gardens or something.

It started out pretty smoothly. 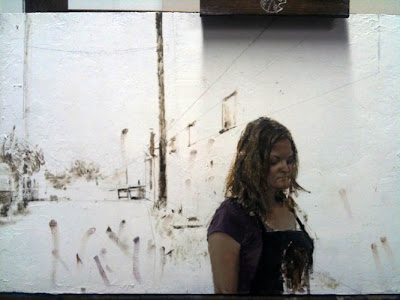 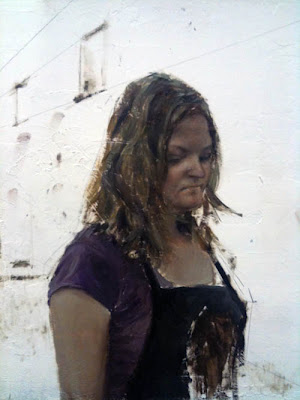 Then it sat in this state for a few weeks, looking disdainfully at me from my easel as I played Super Mario Kart and did anything but paint on it. 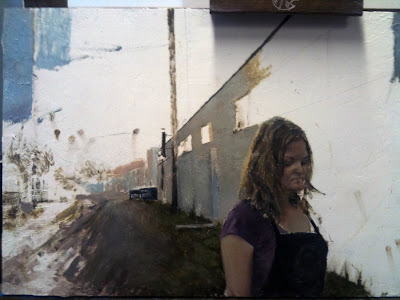 Then the deadline came for an exhibition Jenn and I were entering. I had all but given up. I had entered my painting of Tim in a different show, and another painting was similarly spoken for. So I played some Mario Kart and meandered the internet and drank some PBRs and did a bunch of other things that were not painting, all the while trying to deflect the hairy eyeball this painting was shooting me. At about midnight I finally grew tired of the looks I was getting, so I picked up my paintbrushes, and, over the next four hours, finished it.

I ended up winning Best in Show. Imagine that. I'm not sure what exactly that says about procrastination. 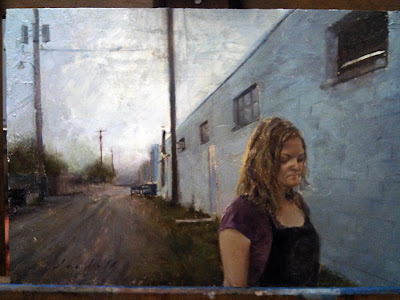 The show we were in was the annual Walls of Wittenberg exhibition. This year they had a theme: Wisconsin, our home. I figure the studio seems more like our home sometimes than our apartment, so it had to be a fit.
Posted by matt at 3:26 PM 1 comment:

I've been pretty busy in the studio lately, so I thought I should update my blog with some art. I can't imagine anyone really seeing it, but here goes, for posterity's sake at least.

I've begun a series of paintings of one of our models, Mary. Here is a bit of the process behind the first one. Sorry for the bad cell phone pictures. I haven't had a chance to take any proper ones. 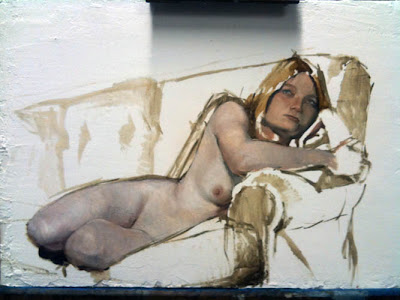 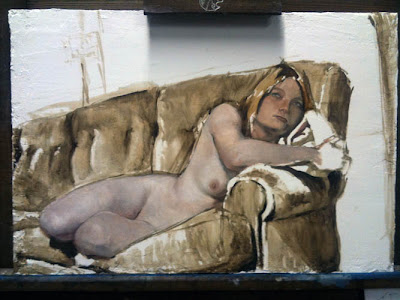 After this point, the figure gets a bit washed out in these pictures. I really need to take some better ones. 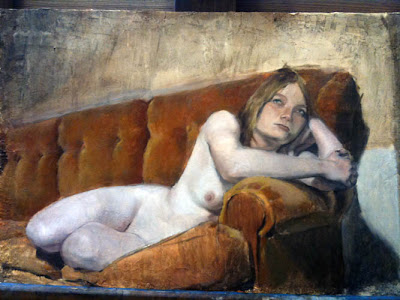 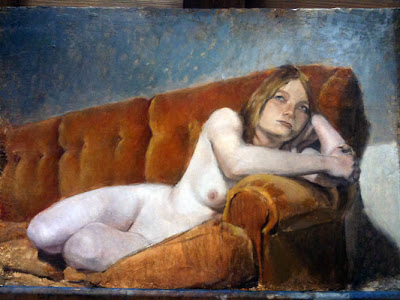 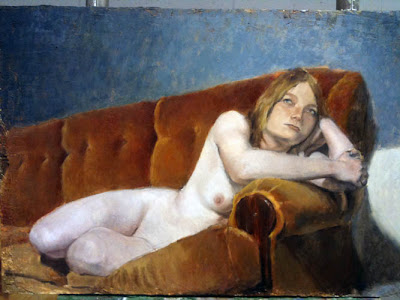 matt
I am a painter.